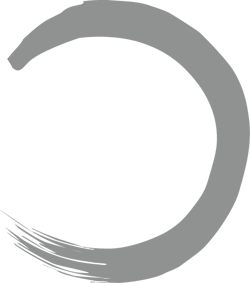 Karen Cuppett Piontkowski began her career in printing and production in 1980.  She spent three years as a print buyer for a forms and document management company. In 1981, at the age of 23, she became the first of three women to attain their certification as a Forms and Business Systems Consultant, issued by the National Business Forms Association. Currently, there are only 1500 CFC's in the world.

In 1983, she joined AB&C Group as an Assistant Vice President in the Forms Management Division.  AB&C moved into direct response and fulfillment and Karen moved into that division at inception as the Vice President of Marketing and Systems. Shortly thereafter, she was promoted to Senior Vice President. Karen was responsible for new business development as well as leading the company into new markets requiring fulfillment and the response processing services of the company.

During this time she worked alongside a young but driven "kid" who had an idea to get the country "online." He couldn't figure out how to get America to sign up and take the leap into this new form of communication. "We used to play 'office chair basketball' and try and figure out how to get this software into people's hands. Back then you need not only the software but a modem too." Karen and a young Steve Case, designed the complex subscription system model of sending a modem, software diskette and offer for free online minutes with your ongoing subscription, to homes across the country. This eventually became what we now know as America Online.

In 1990, she saw a gap in the marketplace whereby small to medium sized organizations were being underserved by large fulfillment and management firms. She wanted to start a firm that was able to not only serve their special and unique needs, allowing them to continue to be flexible, but also benefit from the complex systems designs that are vital for efficient and successful workflow management and stewardship. On June 12, 1991, Direct Answer, Inc. was born.

Since that time, Direct Answer with Karen as its visionary, launched the first case of sending tracking emails for premiums and free-miums, not just orders; created a system and database for combining the varying needs of serials, fulfillment and contribution processing into one consolidated accounting and marketing analysis platform; and much more.

Her accolades are too numerous to list, but she notes her greatest accomplishment is raising four healthy, polite and respectful children.